Today I have a totally Easy Halloween Breakfast Idea-Intestines cinnamon Rolls! Kids are going to love these totally yummy, totally gross to look at snack! 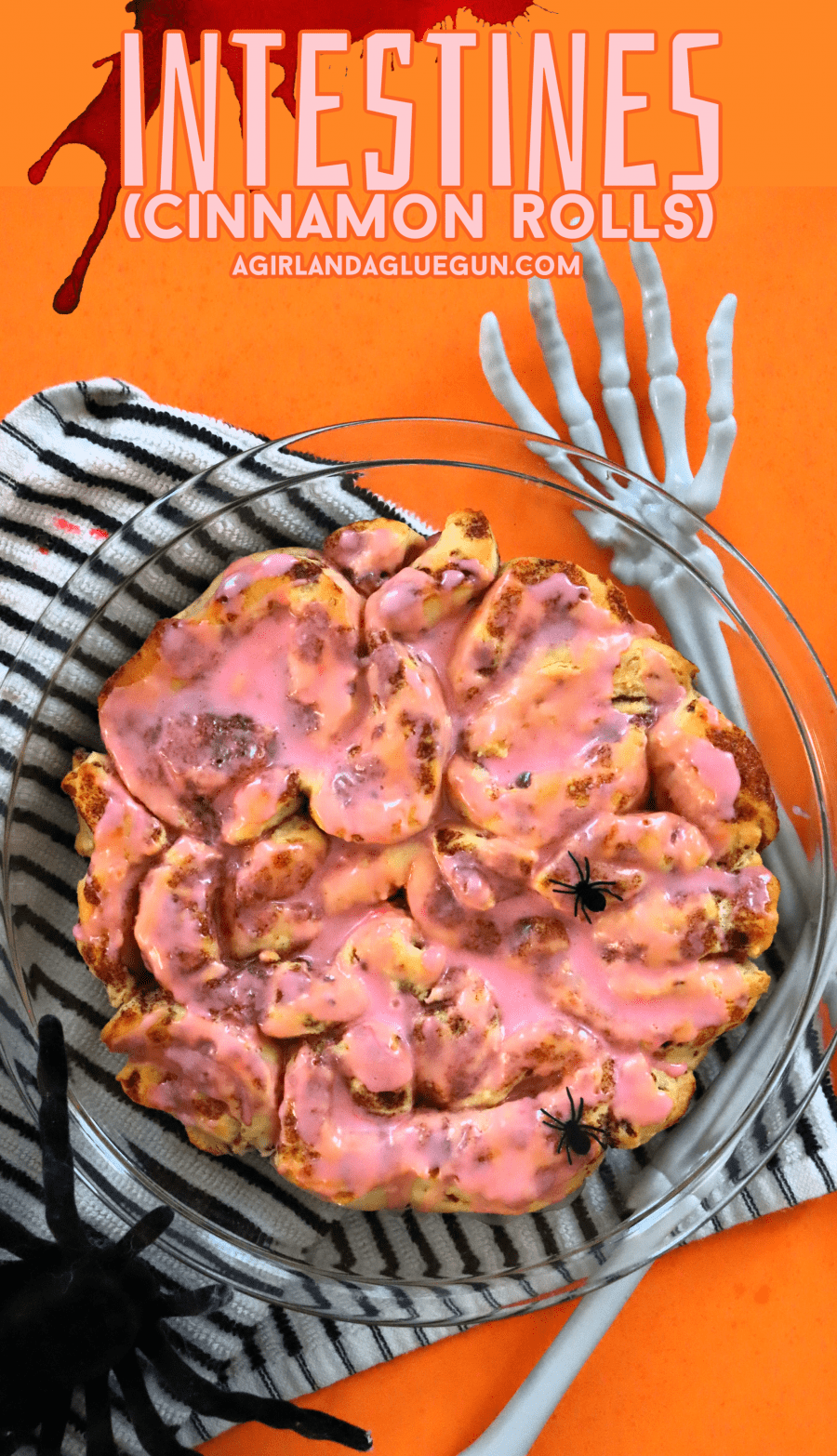 If you have been a long time reader of this blog- you know I love Halloween! All the oooey gross scary aspects of it! And these cinnamon rolls are just that- just disgusting enough to be awesome!

We are using canned cinnamon rolls- that is what makes it so darn easy!  (But if you want to whip up some homemade cinnamon rolls, I won’t stop you. I’ll even give you my address and you can bring some over to me!)

Here is what you need 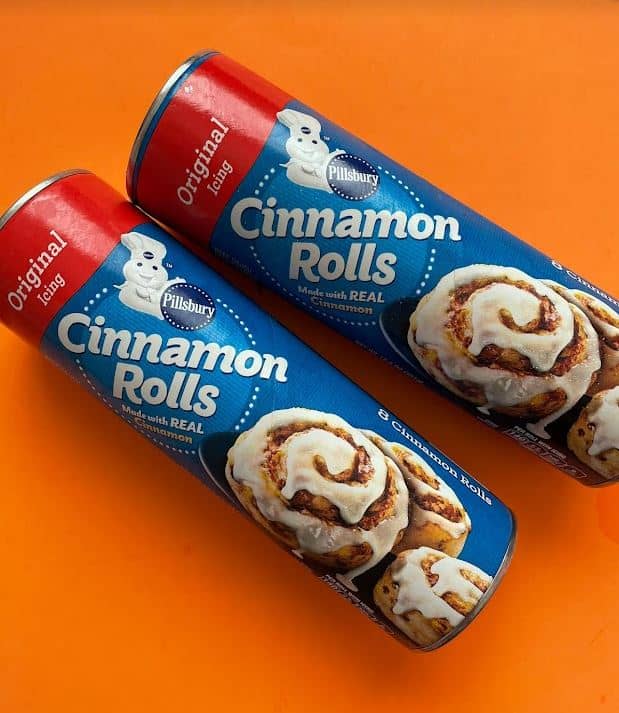 How to make Intestines cinnamon Rolls

Step 1: Pull apart cinnamon rolls. Breaking them off in pieces and arranging them around a dish. Keep them close together. 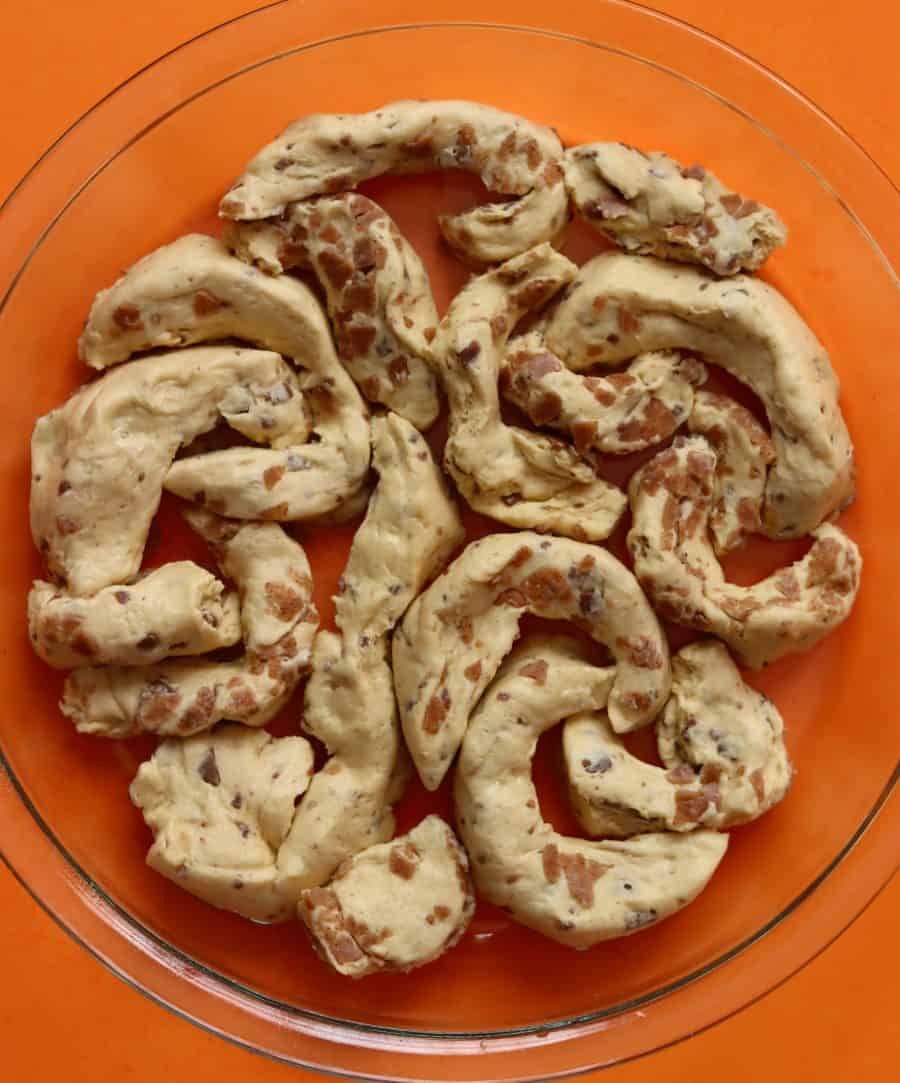 Step 2: Put in the oven and cook according to the directions on the package.

Step 3: After it’s cooked, add a little red food coloring to the icing that it comes with. You can do a lot of red and make them look like intestines. Or you can do a little and make it look like brains.

You want the icing pretty running so it goes down into the crevices. I just put the container on top of the stove as it cooked and it melted it perfectly! Add while the Cinnamon Rolls are still warm.

Step 4: Give it your kids and totally gross them out!! What is better than a perfectly easy, totally delicious, a little creepy Halloween Breakfast!? 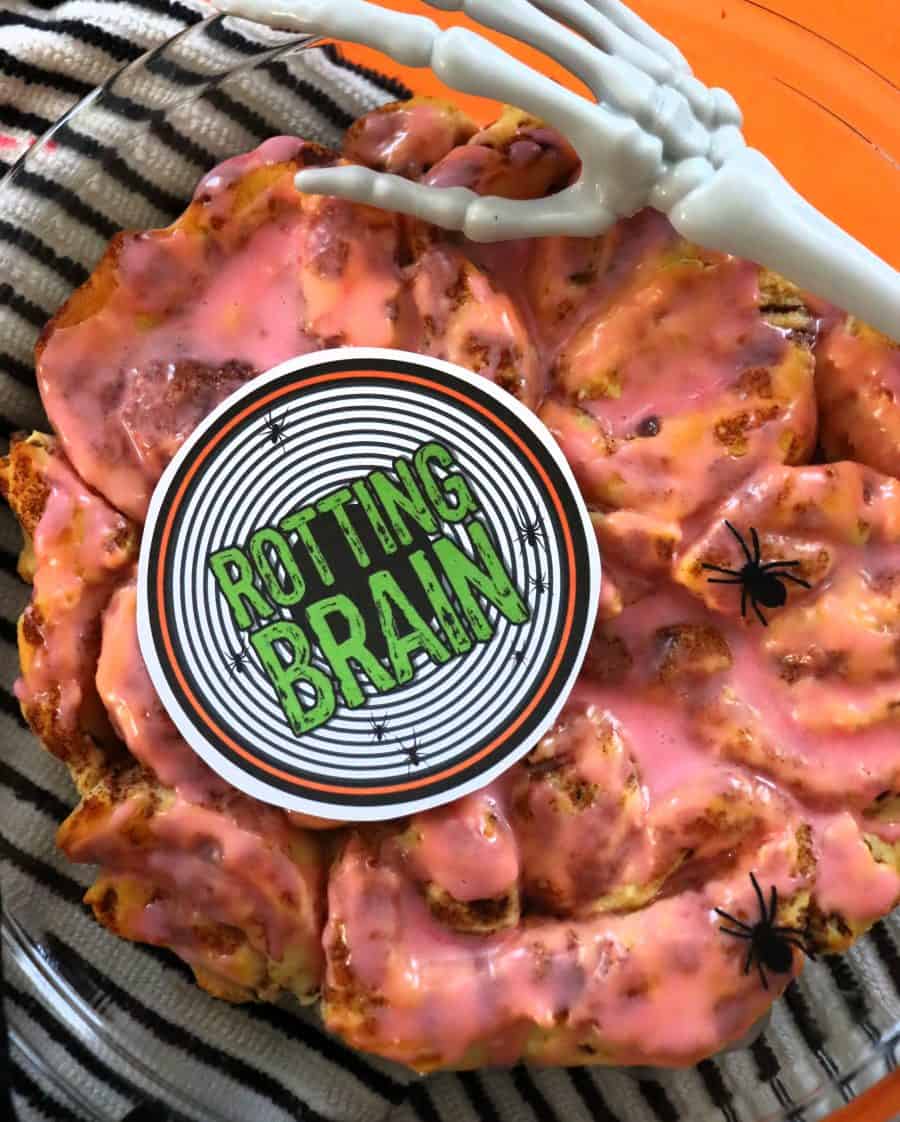 Home About Contact Privacy Policy Shop
A girl and a glue gun is a participant in the Amazon Services LLC Associates Program, an affiliate advertising program designed to provide a means for sites to earn advertising fees by advertising and linking to amazon.com. "This site uses cookies from Google to deliver its services and analyze traffic. Your IP address and user-agent are shared with Google along with performance and security metrics to ensure quality of service, generate usage statistics, and to detect and address abuse."
Skip to Recipe