(made it another week….whew. THis whole thing is a little stressful! In a good way though!  THis week is WATER WEEK over at SYTYC so make sure you go vote. ONce again, GREAT GREAT PROJECTS!!)

But not your average baby bibs. 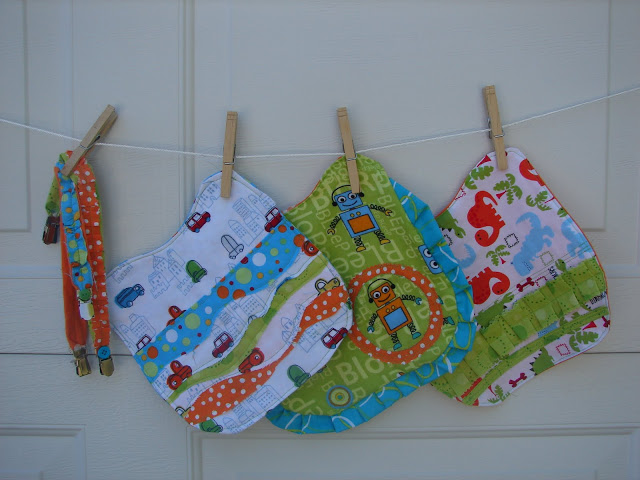 These baby bibs are interchangeable. They come with a strap ending with some suspender clips. 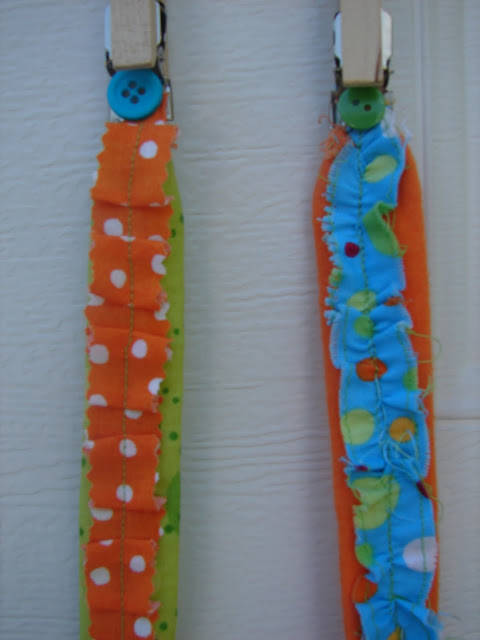 You just clip on whatever bib you want and chow down! 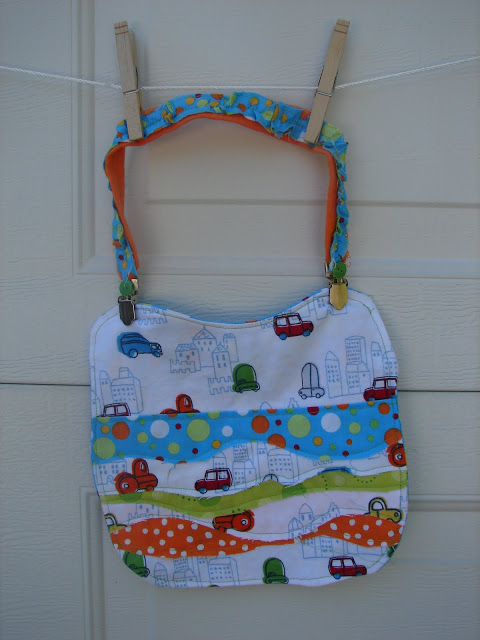 The bibs are also reversible 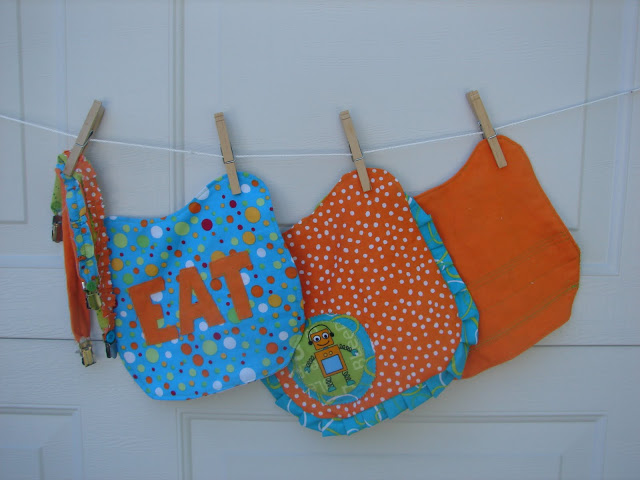 and 100% washable (that would just be pure ridiculous  if they weren’t!). 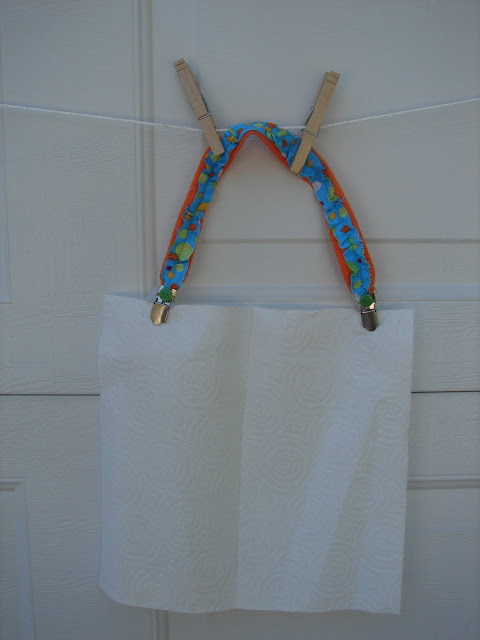 Then just throw away the paper towel! (hopefully that will be the only mess you have to clean up….but we all know that’s not true!)

The suspender clips are actually iron board clips…. 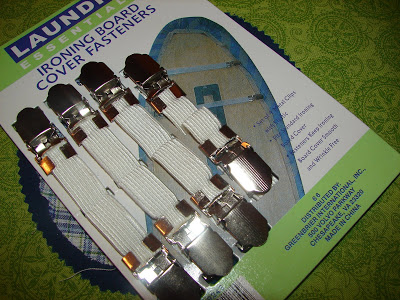 cause I found them at the dollar store and they were by FAR the cheapest.
Just took off the elastic and added my strap.
I made two straps. One about 10 inches one about 12.
That way you can adjust for your growing baby. 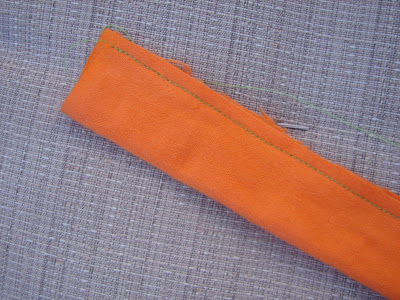 took a three inch strip and sewed the sides together. Then turned it right side out. 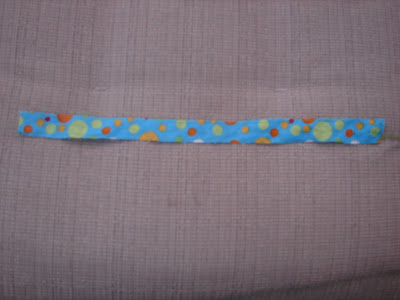 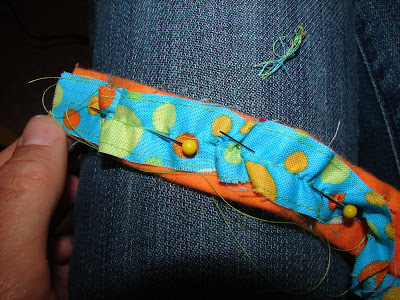 sewed along each each to prevent fraying. Then I sewed up one large stitch up the middle without backstiching. I then pulled one of the strings on the side until it all gathered up. THEN I pinned it on. 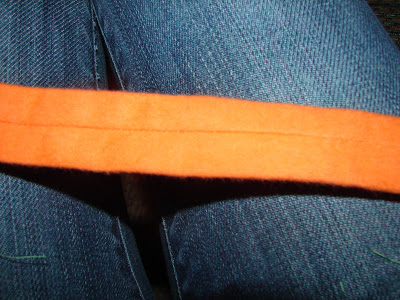 I pinned it along the seam…so You won’t be able to see it when It’s all said and done. 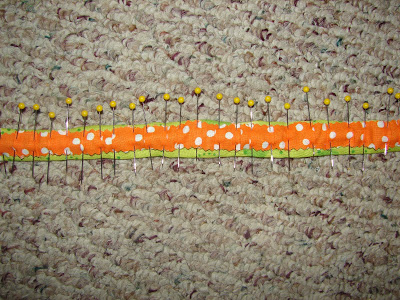 For the other one I just cut a piece (with pinking shears) and fold in one side and pin and then fold in another side and pin. It makes it kinda like a little squares. Then you sew up the middle and remove the pins.
THe ironing board covers had just metal grips to hold into place…..so I used a little dab or gorilla glue (I know…I felt like I was cheating on my glue gun!) to make sure it can withstand some toddler hands.
Now. For the bibs. I just walked around Joanns until I had plenty of fabric that all somewhat went together. 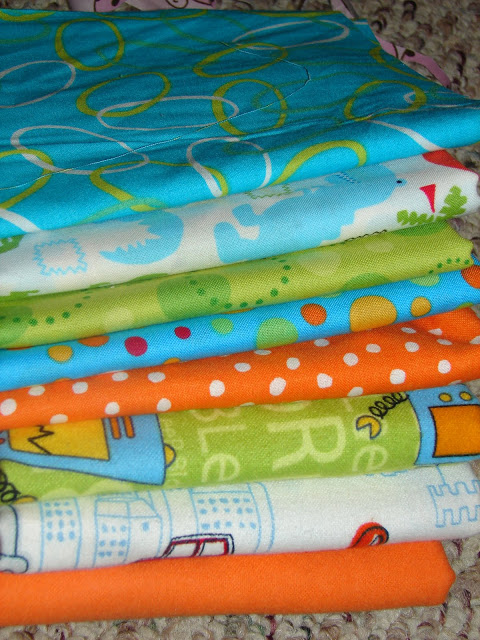 (I bought 12 inches….but could probably make 4 sets of these bibs.)
I used an old bib as a templete and cut out front and backs that coordinated together.
Each bib has it’s own unique detail and are all reversible. 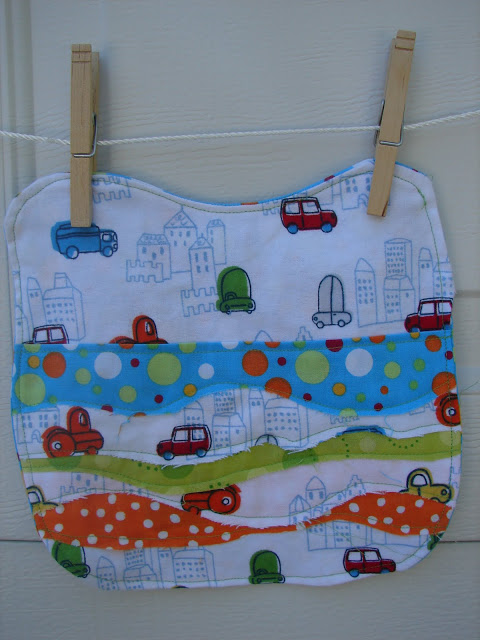 I just overlaped different fabric all cut out swirly (actually they were the tops leftover from cutting out my bib!) I sewed along each edge. 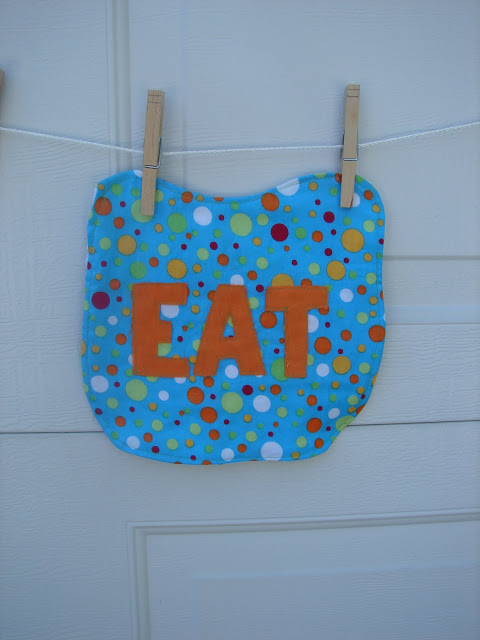 the backside to the squiggle bib.
I just cut out the words and sewed them on. THEN attach it the front of the bib. 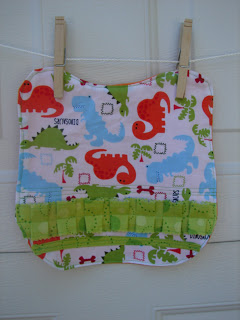 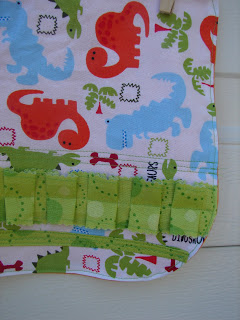 I just took a strip of fabric (cut out with my pinking shears) and just folded in one side and pinned and then folded in the other side and pinned. and then just a stich up the middle.
Back side of dinosaur bib 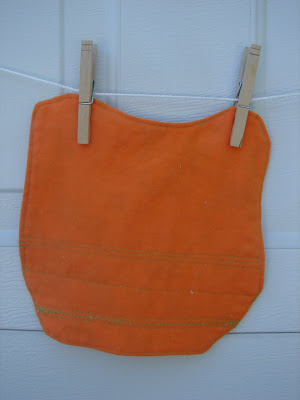 Kinda plain. Orange flannel with green stiching. I really was going to add a dinosaur onto this side…but I was trying to scale back cause I usually like to OVERDUE my crafts. So just in case the boy isn’t feeling anything fancy…this side is perfect. 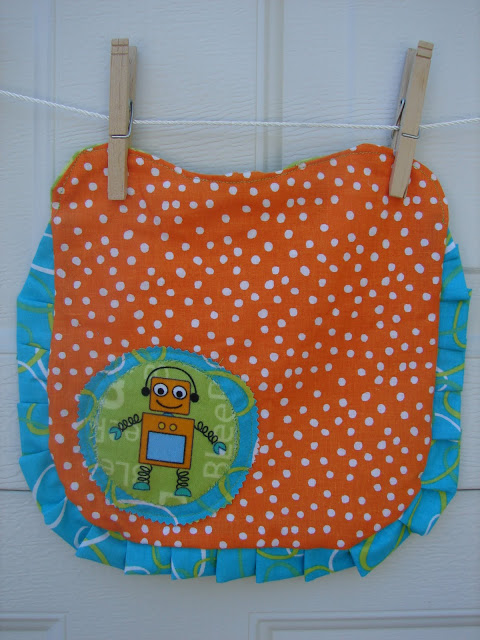 okay. so i might have forgot to sew on the circle robots before I combined the front and back…..which is why there are two mirrored of each other. NObodys perfect!!!!
To add the (non) ruffle ….( really tried to make it as boyish as possible.)
YOu take your strip fabric. THen you lay your two pieces of bib right sides together. 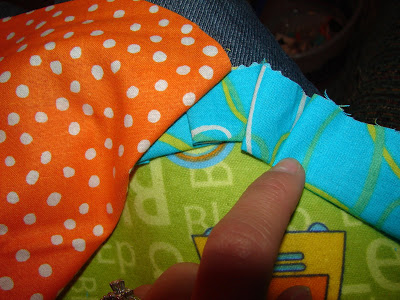 You take your  fabric and just pin it around the sides of the bib with the unfiished edge matching up with unfinished edge of the bib. You will have to lift one side of the bib to place it. Then put the side back down and pin it into place. I just folded it in every inch or so before I pinned it.
THen you sew it up…leaving an opening to turn it right side out…. 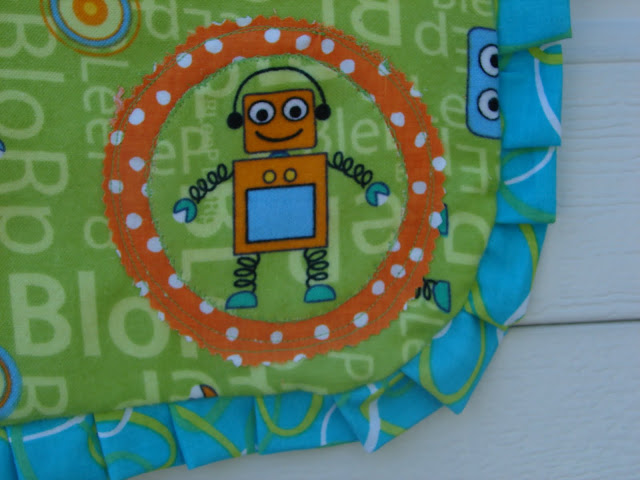 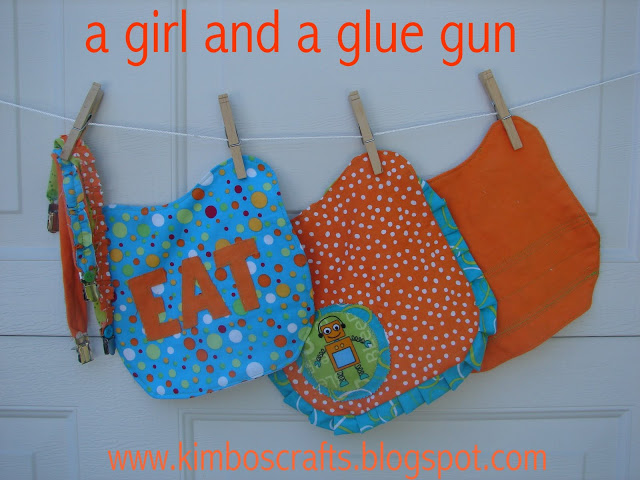 and you can go HERE for the girl version: 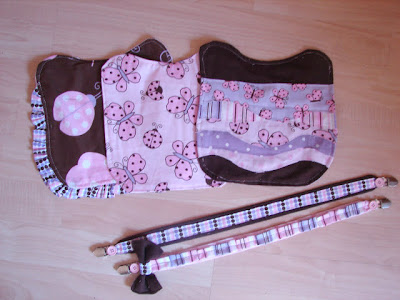