so last week i squeeeeeeked by in project run and play. (i didn’t –so thanks for that–!)
i mean. i had mentally prepared to go home. (hadn’t even started this weeks challenge…started yesterday!)
just because
me and this dress had troubles.
big. huge. 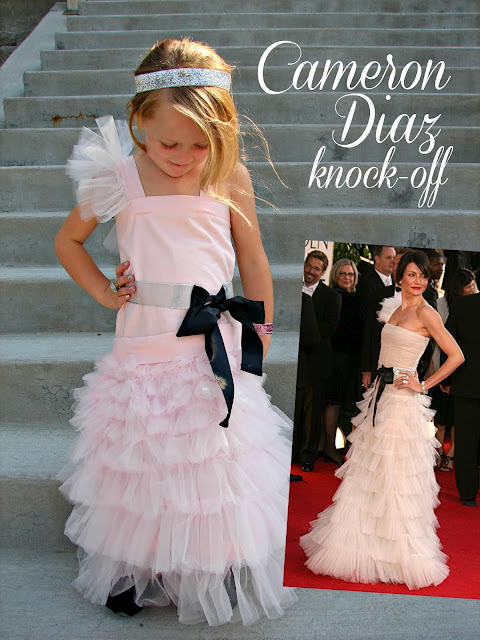 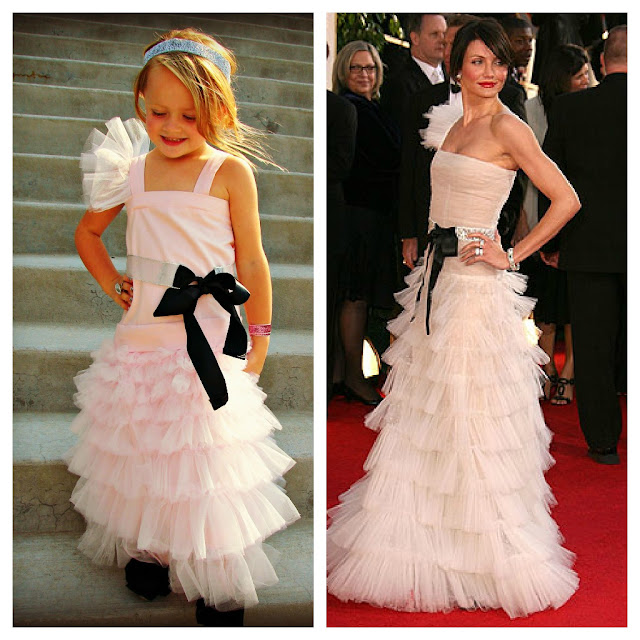 no..not huge…but annoying.
and i was sick on top of it…so it didn’t help matters.
i will walk you through the very basic of tutorials and then i will tell you the problemos.
i made a basic dress…. i even added darts…like a real pro. and an exposed zipper…cause they are easier. i like them better… 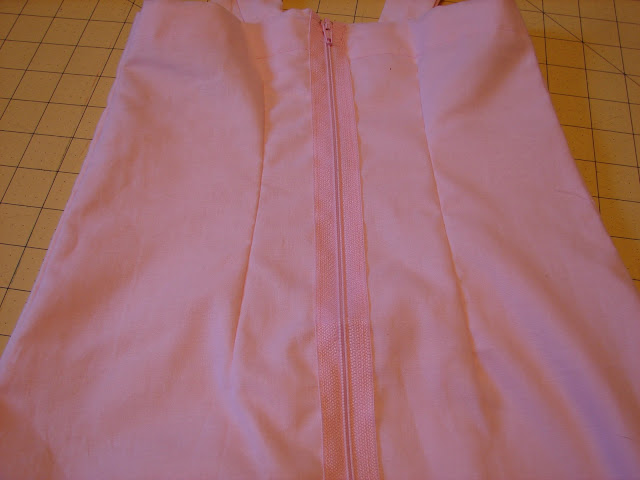 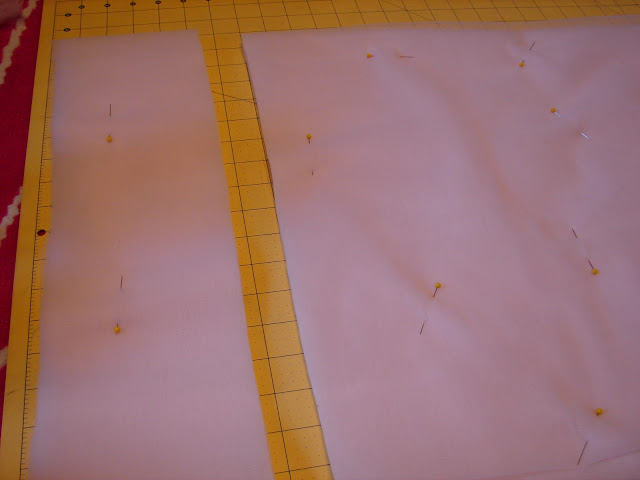 and cut my strips starting with a 6 incher down to a one incher. 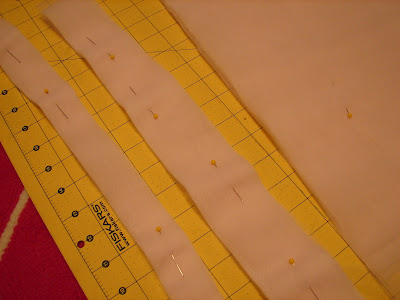 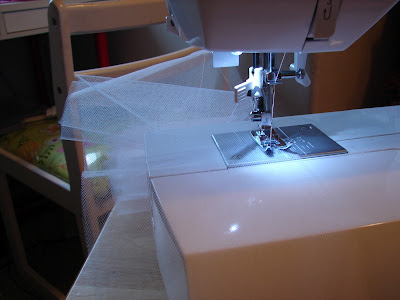 problemo number 1: I should have used bigger ruffles…towards the end i realized that i needed to fill up a lot more space than originally thought 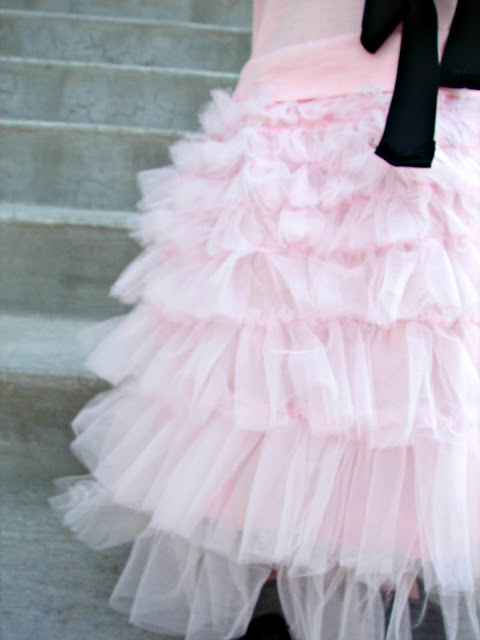 (i could have measured before hand…but pfft..that aint’me) so towards the top are like 4 small rows…and the small ones don’t move as funnly. yup. funnly. you all know what i mean and that means it’s a word.
second. because of this problem…i ended up cutting off the bottom and reattaching it to the top.
which caused it to be too short… 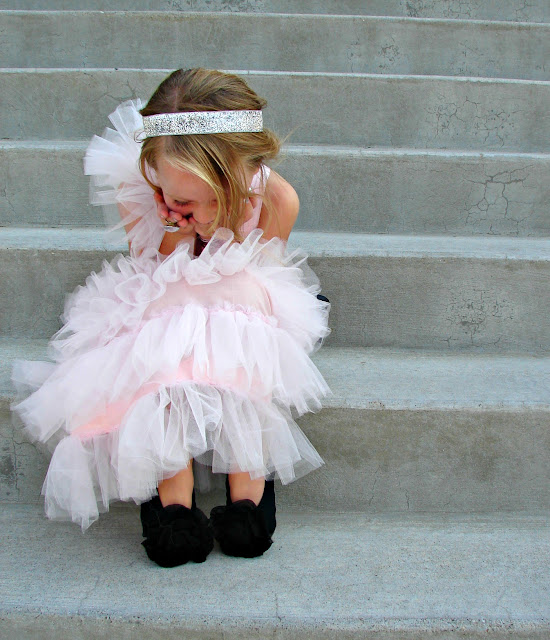 so i added a layer along the bottom that didn’t have the fabric behind it…
and i hated it. i didn’t want to see shoes. i wanted a ball gown that was long.
and ALSO because of the first problem of cutting it off..it made me had to add a …thing? over the top row of ruffles…. 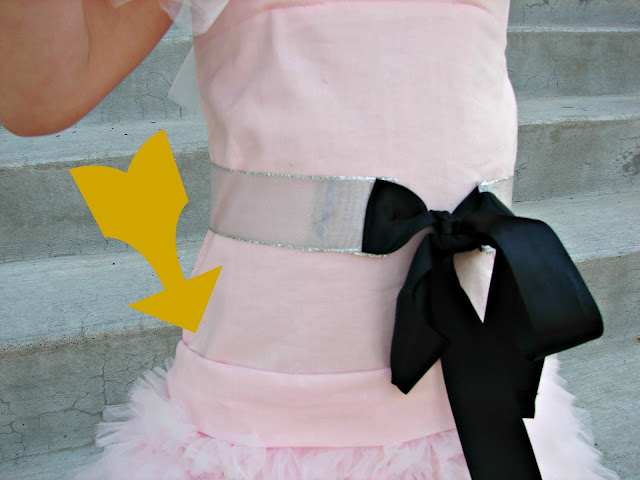 and i swear when you lay the dress out it’s straight. 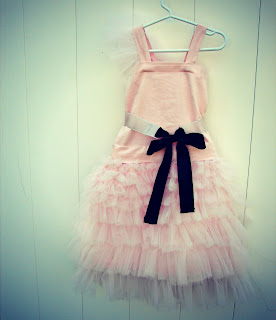 but as i’m editing the photos i notice…… 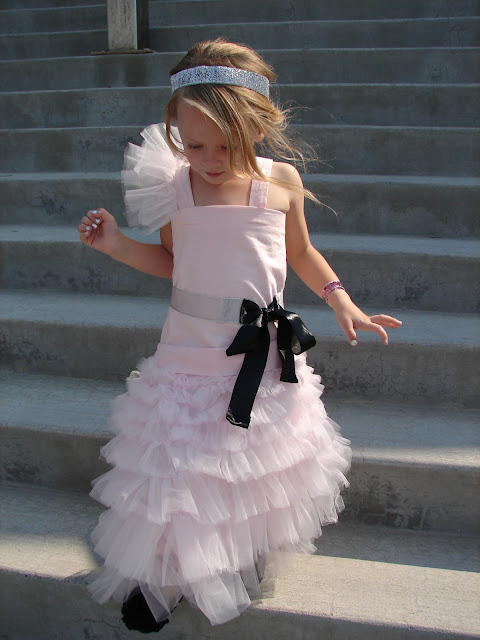 it’s fetching crooked.
here’s me…at midnight on wed.
trying to decide i can pull off starting over and have it all done by thursday at seven.
i mean to take pictures takes at least an hour to get the kid ready…
the stairs are across town…
and they are on the side the sun sets on (is that sad that i don’t know if that’s east or west?)
so i would have to pick a different location…
plus it takes me at least an hour to edit and pick what pictures i want.
so i’m already in at least 3+ hours
and that includes no sewing time.
where was tim gunn telling me to make it work?
so i made the executive decision to keep my sanity and submit it.
AS IS.
now i tease how i’m lazy and i’m not a perfectionist and i could care less.
but i lie.
cause all i see when i look at this dress is FLAWS!!!!!!
i want to throw tomatoes at it. 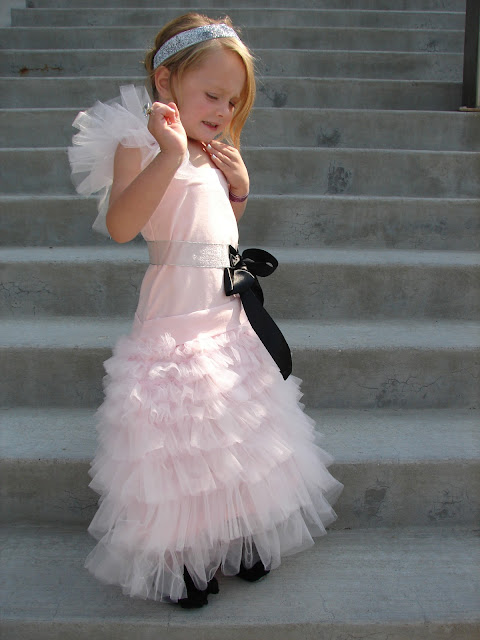 but. my daughter has worn it thrice.
and when i got her all dolled up for the photo shoot…she made me drive her to grandma’s work so she could show her.. 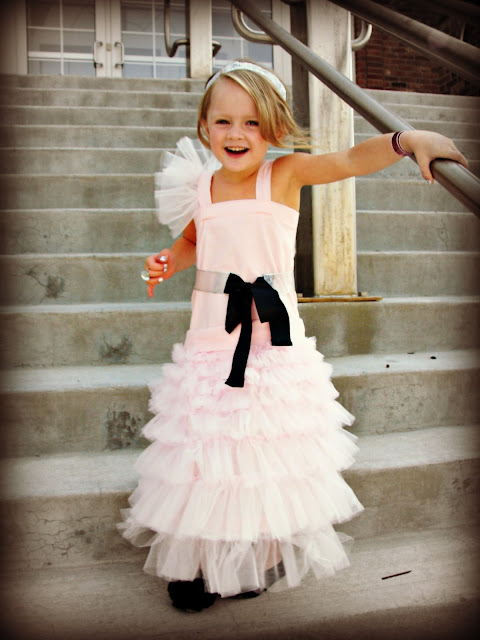 and she loved how everyone at the gas station called her a princess as she was picking out her reward for being only 60% awful.
so i guess it’s a win
that’s a lose.
but a win.