Subscribe For Crafts In Your Inbox
Home / hot glue

(another guest post! I promise I will get my act together and edit some pictures and post a new tutorial! but i loved making this disco ball!!! so fun! and I want one in my craft room now!!!) 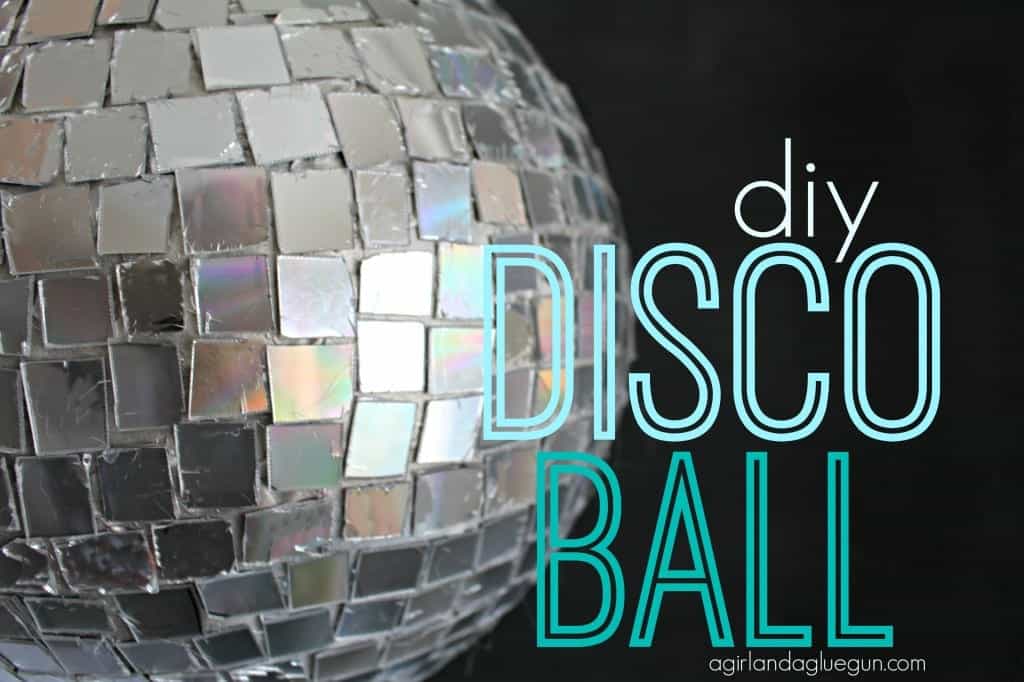 my daughter is 10–and she’s very into the disco movement….

so i bought some punch balls (package of 4 for a dollar ) total score cause i have three kids. so each got one and still had one for my disco ball!

then i scrubbed some old newspapers from the neighbors….(they dug them out of their recycling bin for me)

and then i made a goopy paste of flour and water..

it’s not a clean project…but the fun ones never are. 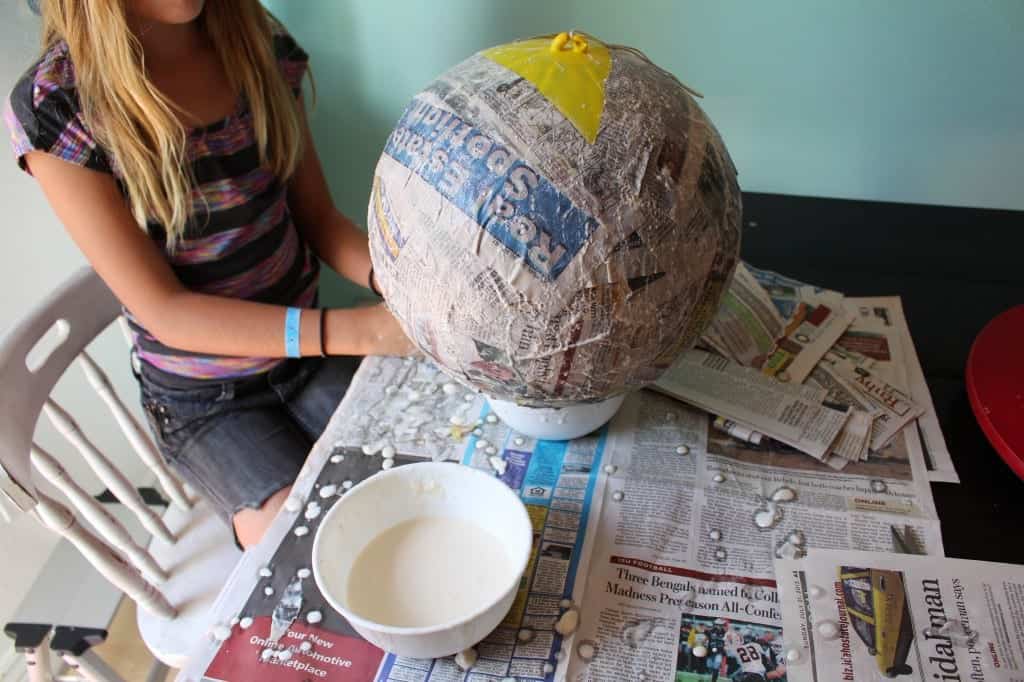 this is the exact technique I’ve used to make a pinata…but pinata needed to be sturdy enough to hold lots of candy so i did about 8 layers of newspaper. this one has about three…and dried in half the time.

hung it up to dry…(using the punch ball string) 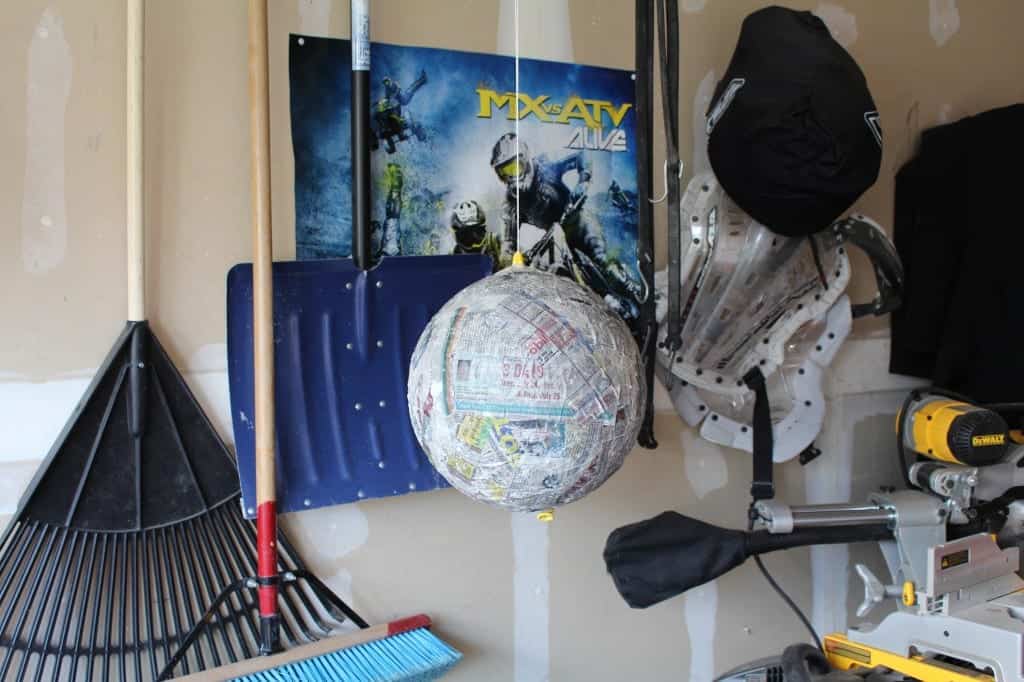 after it was totally dry i cut a little hole in the balloon and it slowly deflated and sounded crazy! i took a little mod podge and more newspaper and covered up the remaining holes.

then spray painted it…. 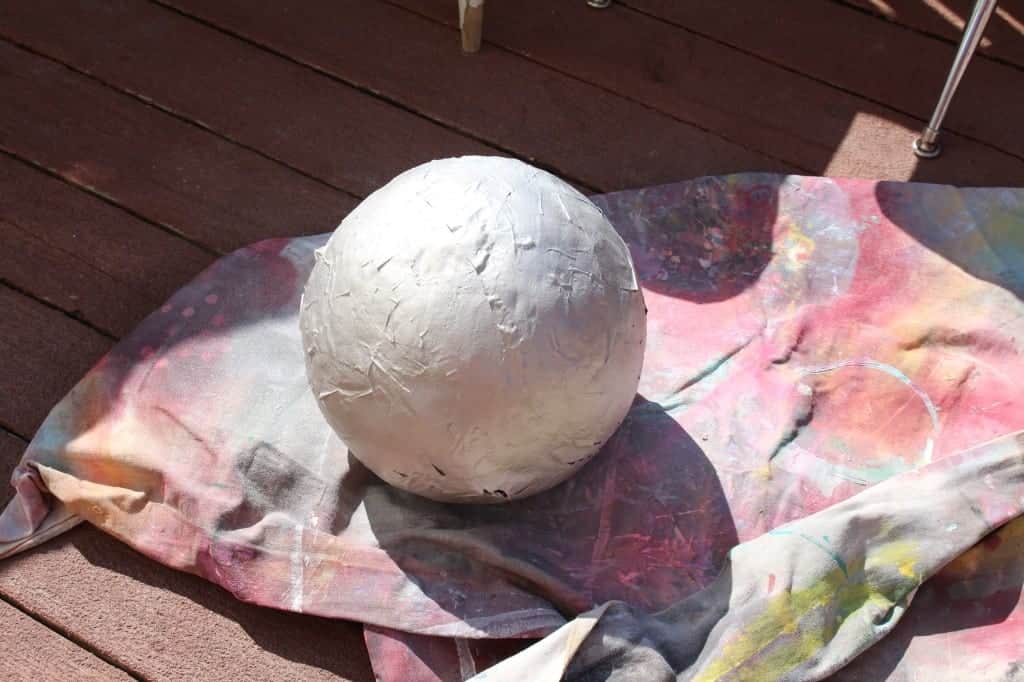 then i took some cds..

now. i have a TON

(the napster movement was BIG when i was in college) and that was …awhile ago.

so most of them are scratched and unreadable. 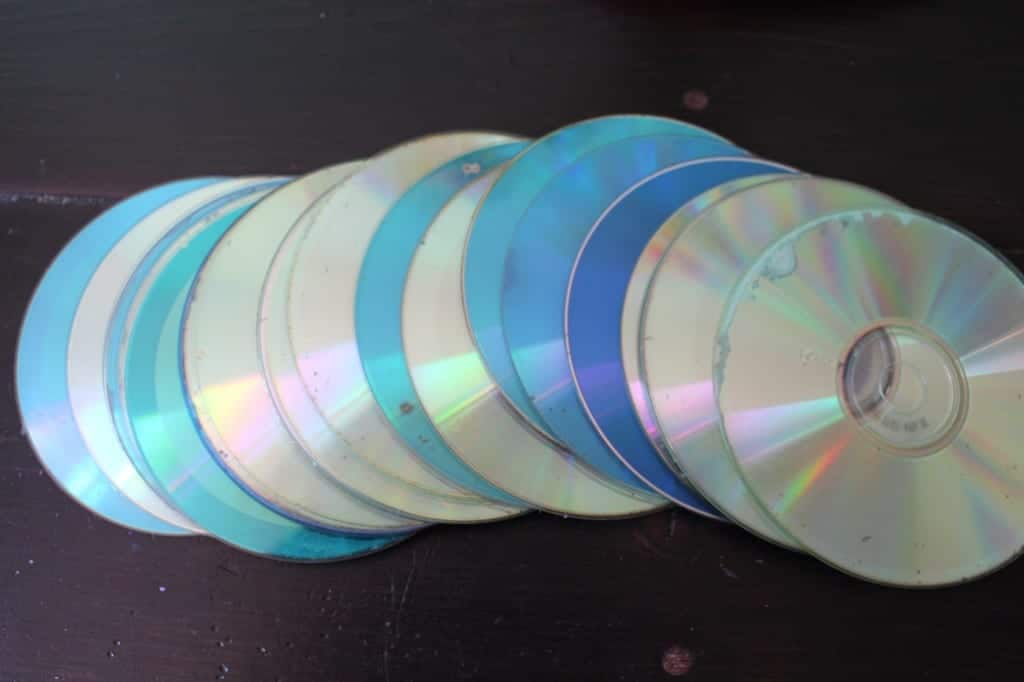 notice that these are different color…so pick which ones you want for you color scheme.

ALSO–think about those weird dvds/cds that are like the informational how tos you get with certain things…use them.

OR…hit up the thrift store!

and cut them into squares (this took about 25 cds!) 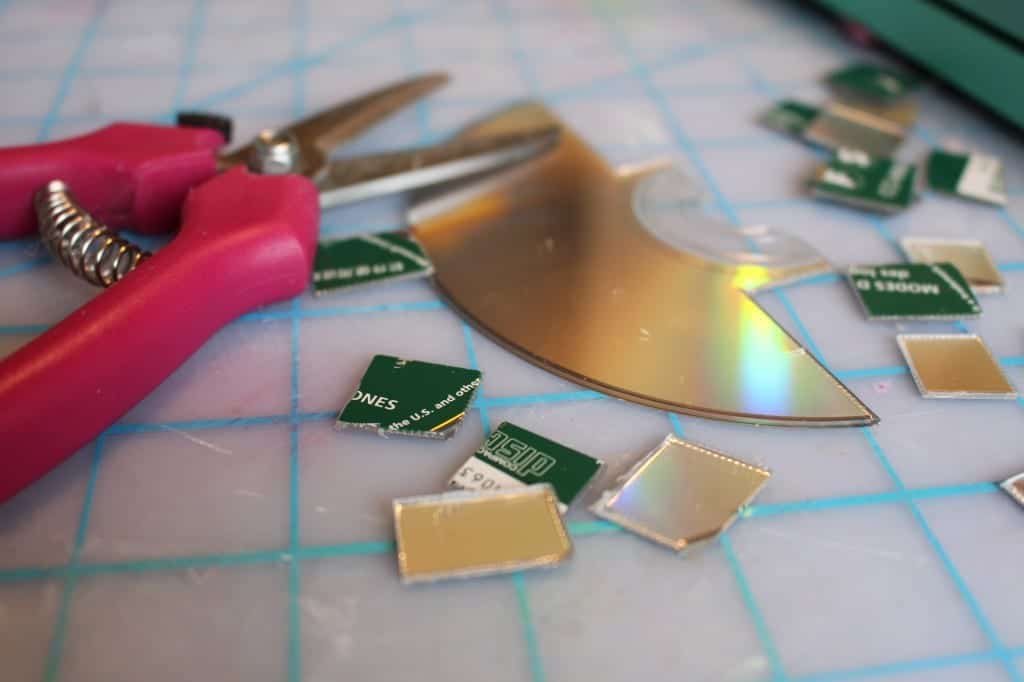 here’s what i found…the discs that have the place for you to write on….(blank ones) are horrible. the shiny part literally peels right off.

it’s much better to use REAL cds.

there was no rhyme or reason to which ones would be awesome. didn’t matter color..age or country vs rap. some did. some didn’t–it’s a trial by error. so good luck with that. 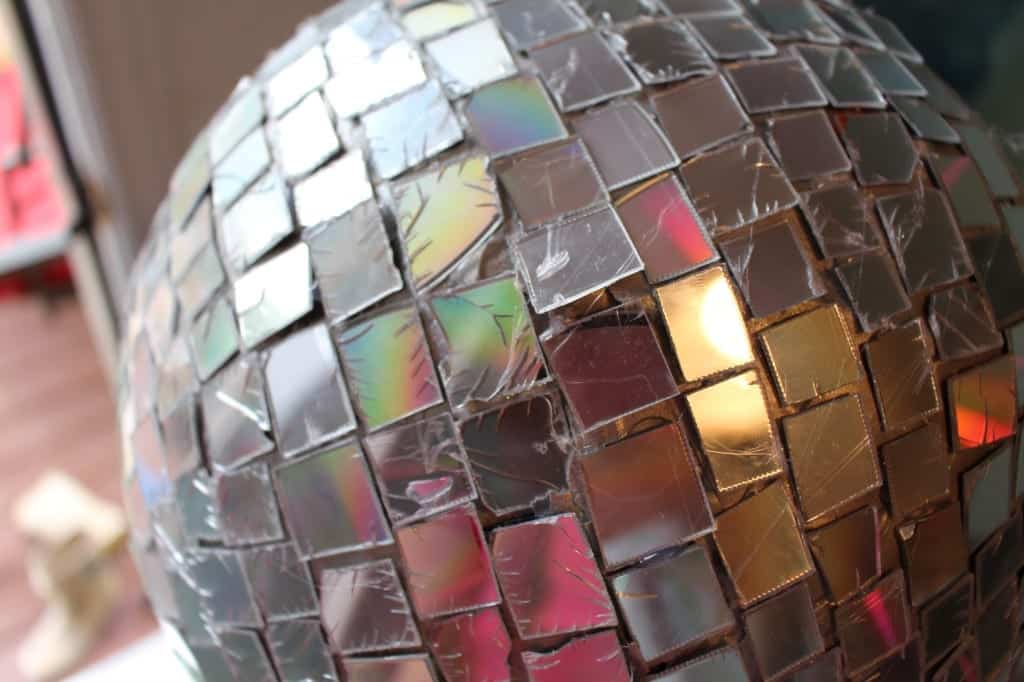 then starting at the top i just worked my way down hot gluing the squares on. 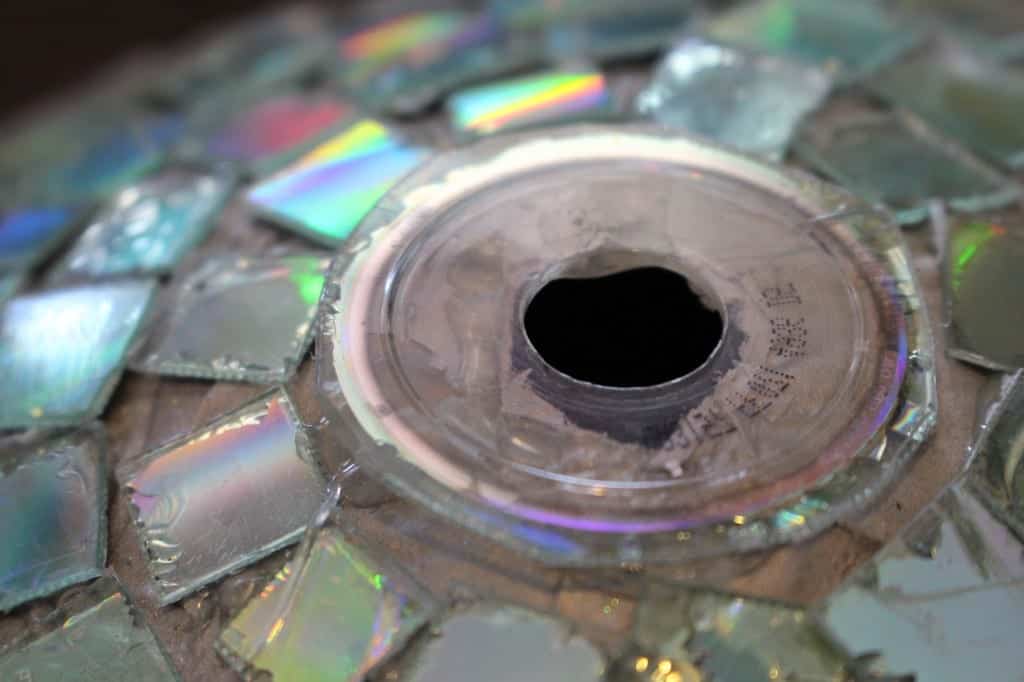 then just added a string to hang. 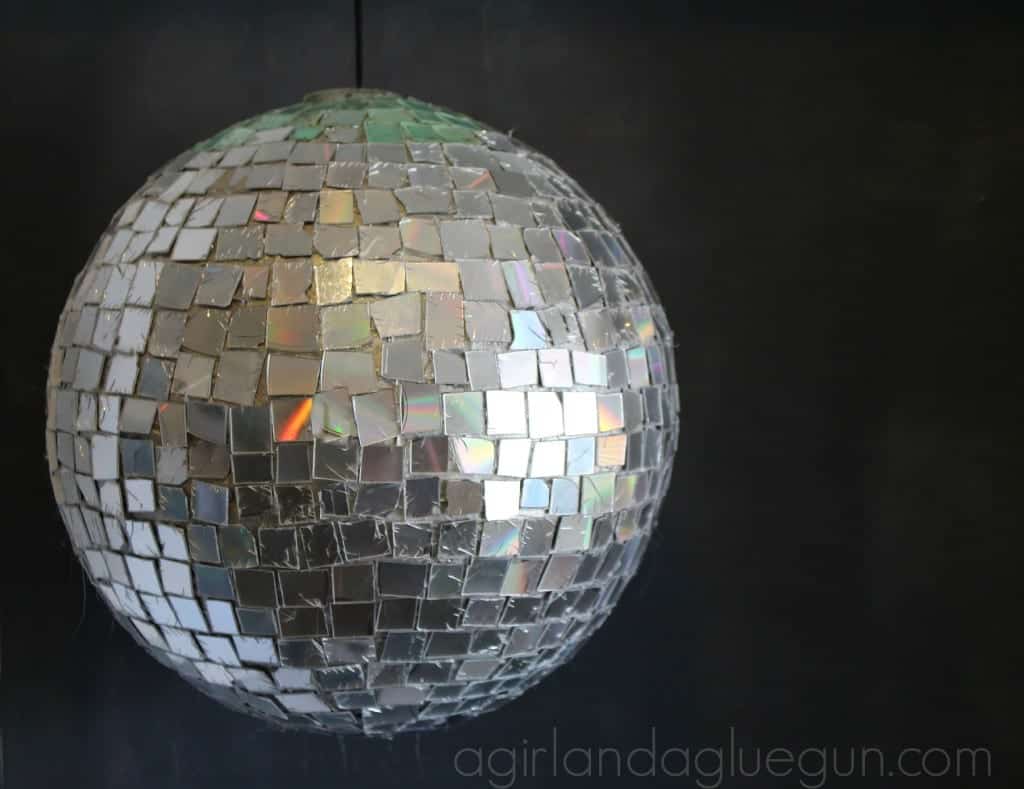 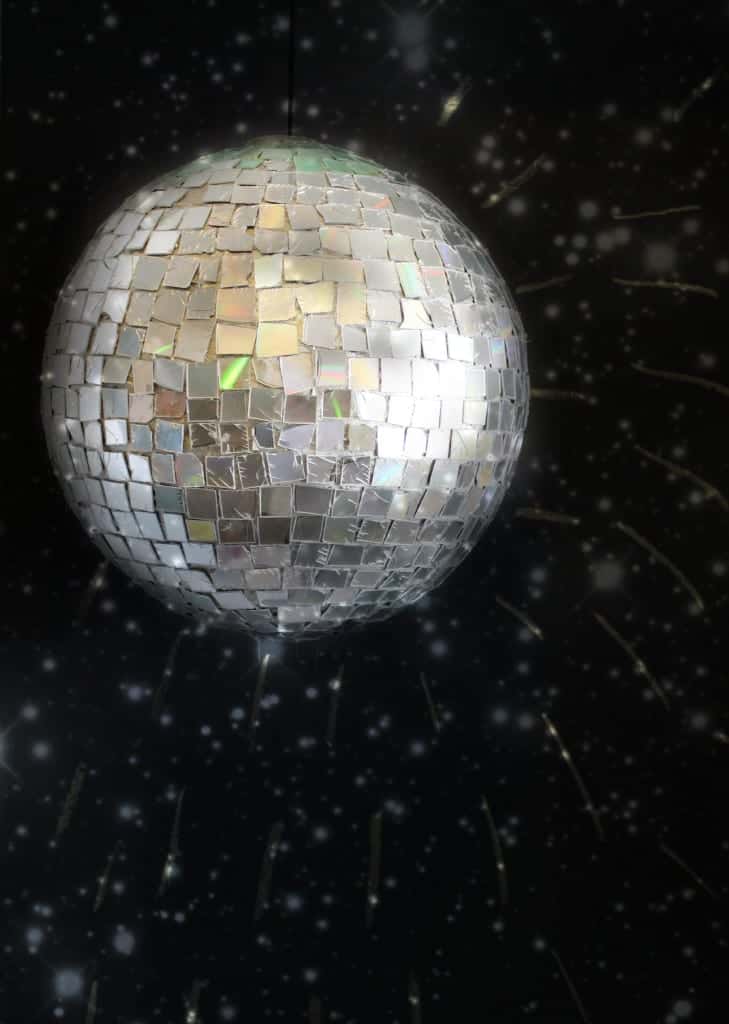